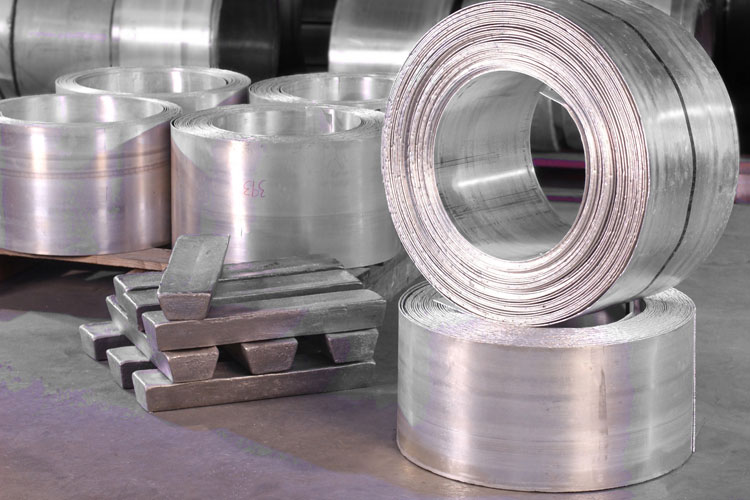 Magnesium is a chemical element with symbol Mg . It is a shiny gray solid which bears a close physical resemblance to the other five elements in the second column (Group 2, or alkaline earth metals) of the periodic table: they each have the same electron configuration in their outer electron shell producing a similar crystal structure.

Magnesium only occurs naturally in combination with other elements, where it invariably has a +2 oxidation state. The free element (metal) can be produced artificially, and is highly reactive.

The free metal burns with a characteristic brilliant-white light, making it a useful ingredient in flares. The metal is now obtained mainly by electrolysis of magnesium salts obtained from brine.

In commerce, the chief use for the metal is as an alloying agent to make aluminium-magnesium alloys, sometimes called magnalium or magnelium. Since magnesium is less dense than aluminium, this alloy is prized for its properties of lightness combined with strength.

Magnesium Dust is Combustible and is an Explosion Hazard:

Magnesium is a highly flammable metal, especially when powdered or shaved into thin strips; (it is, however, difficult to ignite in mass or bulk). Flame temperatures of magnesium and magnesium alloys can reach 3,100 °C (3,370 K; 5,610 °F), although flame height above the burning metal is usually less than 300 mm (12 in).

Magnesium may also be used as an ignition source for thermite, a mixture of aluminium and iron oxide powder that is otherwise difficult to ignite.

Which Industries are at Risk with Magnesium Dust?