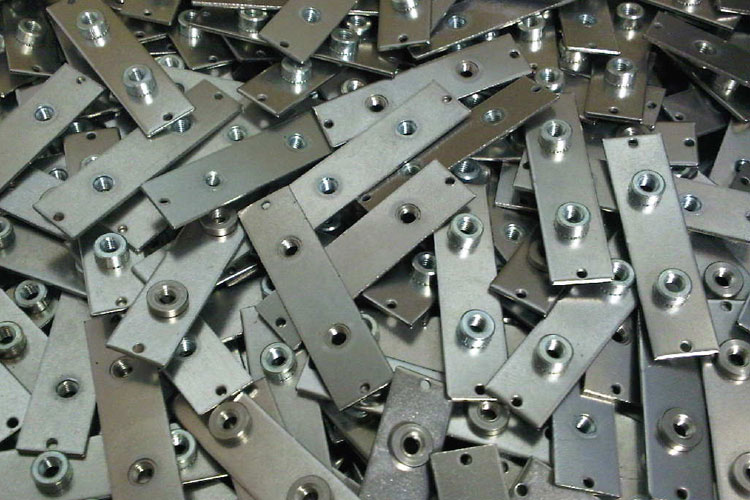 Zinc is used principally for galvanizing iron, more than 50% of metallic zinc goes into galvanizing steel, but is also important in the preparation of certain alloys. It is used for the negative plates in some electric batteries and for roofing and gutters in building construction.

Zinc is the primary metal used in making American pennies, is used in die casting in the automobile industry.

Zinc oxide is used as a white pigment in watercolours or paints, and as an activator in the rubber industry. As a pigment zinc is used in plastics, cosmetics, photocopier paper, wallpaper, printing inks etc, while in rubber production its role is to act as a catalyst during manufacture and as a heat disperser in the final product.

Zinc Dust is Combustible and is an Explosion Hazard:

Zinc is a lustrous bluish-white metal. It is found in group IIb of the periodic table. It is brittle and crystalline at ordinary temperatures, but it becomes ductile and malleable when heated between 110°C and 150°C. It is a fairly reactive metal that will combine with oxygen and other non-metals, and will react with dilute acids to release hydrogen.

Which Industries are at Risk with Zinc Dust?