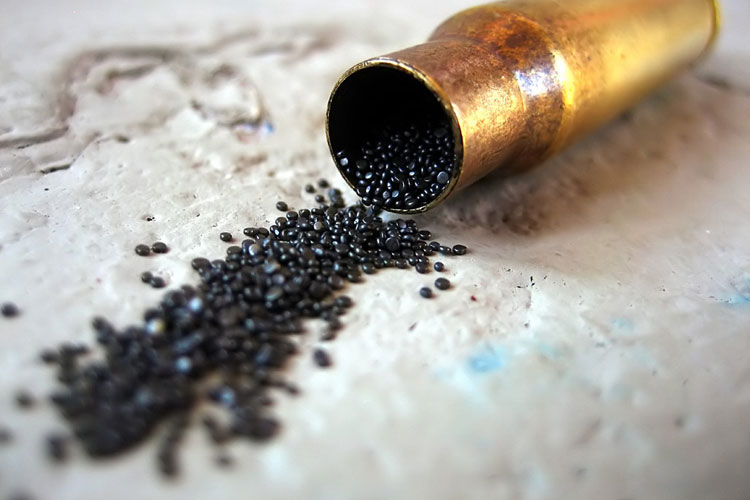 How to Safely Recover Gun Powder?

Gunpowder, also known as black powder, is the earliest known chemical explosive. It is a mixture of sulfur, charcoal, and potassium nitrate (saltpeter). The sulfur and charcoal act as fuels, and the saltpeter is an oxidizer.   Because of its burning properties and the amount of heat and gas volume that it generates, gunpowder has been widely used as a propellant in firearms and as a pyrotechnic composition in fireworks. Formulations used in blasting rock (such as in quarrying) are called blasting powder.

Gunpowder is Combustible and is an Explosion Hazard:

Nitrates have the property to release oxygen when heated, and this oxygen leads to the fast burning of carbon and sulfur, resulting in an explosion-like chemical reaction when gunpowder is ignited. The burning of carbon consumes oxygen and produces heat, which produces even more oxygen, etc. The presence of nitrates is crucial to gunpowder composition because the oxygen released from the nitrates exposed to heat makes the burning of carbon and sulfur so much faster that it results in an explosive action, although mild enough not to destroy the barrels of the firearms.

Which Industries are at Risk with Gunpowder?