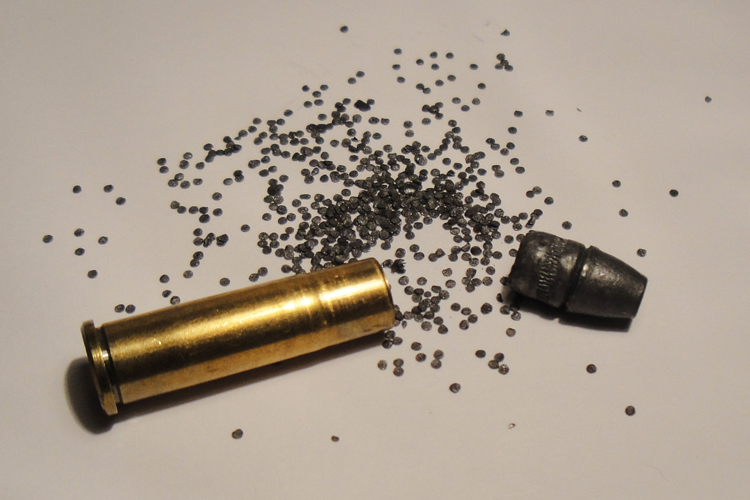 How to Safely Recover Propellant Dust from Ammunitions?

What are the Hazards of Ammunitions?

Ammunition is propellant and projectile.  The nature of ammunition also includes pyrotechnic or incendiary compounds.

Firing a gunshot leads to the expulsion of vapours and particulate materials termed gunshot residues (GSR) which includes particles of primer residue i.e. oxides of lead, antimony and barium as principle components. A fired bullet itself may contribute to lead particles or the particles of its jacket. Metallic lead or its oxide airborne followed by inhalation would

lead to chronic lead poisoning. Such poisoning has been shown to cause adverse effects in hematopoietic, nervous, endocrine, cardiovascular, reproductive and renal systems. Thus, airborne lead encountered during the routine firing practices is an increasing health concern for our security personnel.

Ammunition is Combustible and is an Explosion Hazard:

Primer is the mixture of high sensitive explosive materials in ammunition. Initiated by the

mechanical force of the striking by the firing pin, the primer mixture will explode causing a jet of flame thus ignites the propellant i.e. the smokeless powder propelling the bullet. Common primer mixtures include compounds of lead, antimony and barium. In primer, there are also other elements which are often found to be associated with gunshot residues including copper, iron, as well as other non-specific elements such as silicon, aluminium, potassium, calcium and sulfur primer vapours often condense and liquefy onto the primer surface as droplets.

Which Industries are at Risk with Ammunition?